The surprising health benefits of turmeric 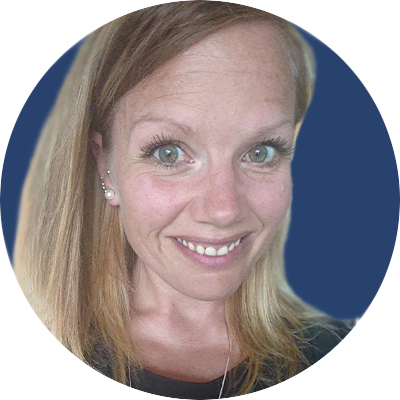 Do you ever feel tired and low during winter? Do you suffer from frequent colds and illnesses that just keep coming back, and do the colder months take a toll on your skin? Then turmeric supplementation might just be the thing for you! So what exactly is turmeric? What makes it so good for us? Let’s explore this fascinating supplement together...

In India and China, people have been using turmeric as a medicine and as a spice for thousands of years. Modern research has started to catch up and thousands of studies now support the great health benefit claims of turmeric. It’s all thanks to the star of the show, curcumin, a strong antioxidant with anti-inflammatory properties found in turmeric. Let’s take a closer look at how curcumin improves our health and wellbeing!

It’s tiring to keep getting colds and illnesses over and over again, especially when we just want to hit the gym or get some work done. Turmeric will help strengthen your body’s immune system so that you can increase your chances of making a full recovery and staying healthy. This golden spice actually helps strengthen your immune system in two ways. Firstly, curcumin is a strong antioxidant, and, secondly, this active substance helps to boost the activity of the body's own antioxidants1. As you may know, antioxidants help counteract illnesses and is a real boost for the immune system.

2: Turmeric is an effective anti-inflammatory agent

Several studies show that long-term inflammations are a major contributing factor of the development of diseases such as cancer, Alzheimer's, diabetes and various heart diseases5 6 7. But did you know that we can dampen the effect of these long-term inflammations with the help of turmeric? Curcumin is so powerful as an anti-inflammatory agent that some studies even compare it to anti-inflammatory drugs2 3 4.

3: Turmeric has incredible benefits against depression

Do you feel tired and low during winter? You’re not alone! You may have heard of seasonal affective disorder, also known as the winter blues, which affects up to 8% of the population8. With a daily intake of turmeric, however, you will boost your chances of a winter filled with happiness and energy. Research shows that curcumin can help boost serotonin and dopamine, the so-called “feel-good hormones” 9 . Curcumin has also proven promising when it comes to treating depression 9 10. A smaller study conducted in India, for example, shows that curcumin is as effective as antidepressant medicine10!

4: Turmeric protects and treats your skin

Another wonderful benefit of turmeric being anti-inflammatory and an antioxidant is that it can help protect your skin, especially useful during the colder months. Curcumin has also been used to heal scars quicker11. You can even treat some skin diseases with curcumin. There is, among other things, a large amount of research that confirms the positive effects of curcumin on psoriasis12 13.

5: A little bit of turmeric a day is good for the stomach - and your waist!

How to get your daily dose - nice and easy

Turmeric needs some help to be absorbed by the body

One problem with turmeric is that the bioavailability of the active substance curcumin is relatively low. This means that only a small amount of the substance can be absorbed by the body. But don't worry! There are some things you can do to help. So what should you do to make sure your body absorbs as much turmeric as possible?

When should you not eat turmeric?

As you can see, turmeric, and curcumin in particular, has many positive effects, and the small amounts consumed in food is harmless. But is it for everyone? In this last section we’ll take a look at what the research has to say.

Marie is a licensed personal trainer, diet advisor and fitness instructor from Sweden with over 10 years of professional experience in the health and fitness industry. She is passionate about writing, exercise, diet and health - and educating our readers on interesting topics!